On 21 October, it was time: four exhausting kilometres lay ahead of the runners at the second RUN4d.re.a.m.s. race in Puebloviejo, Ecuador. A total of seventy athletes were in the »starting blocks« – from our farm, from Puebloviejo and the surrounding area. At the end, three SanLucar runners in the categories »Elite« and »Master« stepped up to the podium and a SanLucar colleague from Guayaquil came in just past the third place and finished fourth. That’s a great achievement. Congratulations! But in addition to the spirit of competition, something else counts at RUN4d.r.e.a.m.s.: team spirit, the joy of sport and a social idea. The registration fee also raised a small sum for a social project: 200 US dollars went to the d.r.e.a.m.s. Sports School, where children from the region can train in football, judo and basketball. The coaches want to use the money to buy sports equipment. We think the 21st of October 2018 was an all-round fantastic Puebloviejo day. 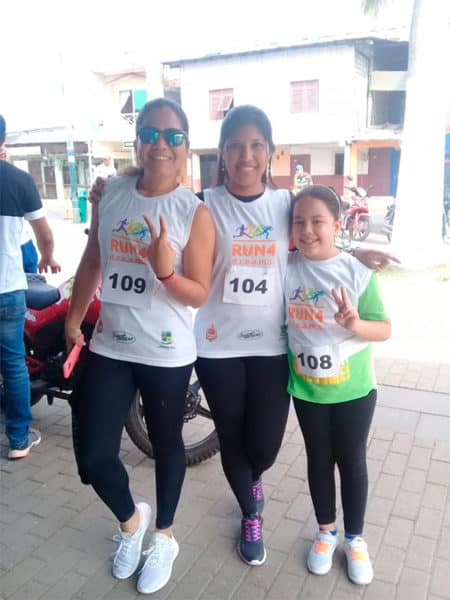