Running for a good cause

Our SanLucarians are fit as a fiddle. As soon as they mastered the 15-kilometre run through Valencia on 17 February, the next sporting challenge for our 16 runners was already on the agenda on 10 March: the annual Marxa per la 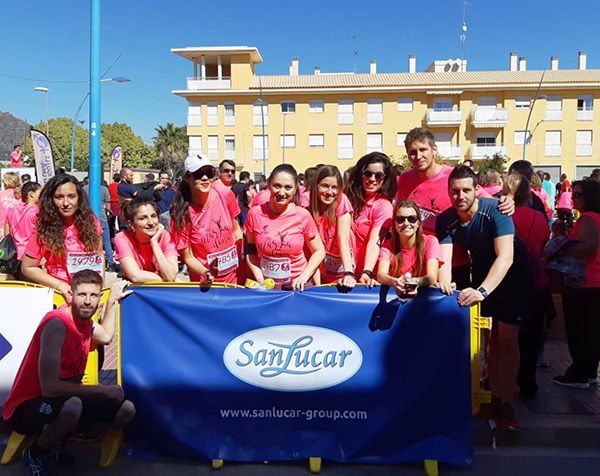 Dona, which is a 5-kilometre run through Puzol. In the morning at 9:00 am, the athletes gathered in the best of spirits in bright sunshine at the Plaça del Pais Valencià in Puzol. Muscles were stretched, light warm-up exercises were performed, shoes were tied tightly and then the starting shot was fired: Altogether, about 1500 runners went on the track – for a good cause. The entry fee for the athletes went to the INCLIVA Foundation, which has declared war on breast cancer.

And because commitment is so important, SanLucar also donated directly to INCLIVA. In addition, after the finish, the runners also got some delicious refreshment – juicy and crispy-fresh SanLucar apples. Thus, we are absolutely certain: Our SanLucarians will be back at the next charity run.

Cookie-Zustimmung verwalten
We use our own cookies and those of third parties to improve our services and to show you advertisements related to your preferences by analyzing your surfing habits.
Manage options Manage services Manage vendors Read more about these purposes
Einstellungen anzeigen
{title} {title} {title}