Lots of vegetables for the grey cells!

A healthy lifestyle with regular exercise, lots of tasty fruit and vegetables and low negative stress keeps the body fit and vivacious – and thus, of course the mind, too. Dr. Changzheng Yuan of the Harvard School of Public Health in Boston confirms this statement with his extensive, long-term study (Changzheng Yuan et al., Neurology 11/2018). In this survey, he and his team interviewed nearly 28,000 men between 1986 and 2002 regarding their eating habits. 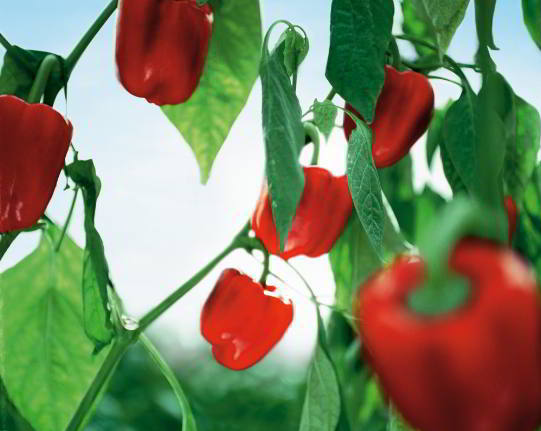 The men, who were on average 51 years old, were asked to specify how often they consumed 130 foods. In 2008 and 2012, they then asked the participants about their very subjectively perceived intellectual performance. Seven percent of the participants suffered from severe problems with their memory, and even two decades earlier they had lived much healthier lives than those without cognitive deficits. They had moved less, smoked more, had higher blood cholesterol and more often diabetes. Taking age and total calorie intake into account, there was a correlation between fruit and vegetable consumption and memory performance: those with the highest fruit and vegetable consumption

had a 38 percent reduced probability of severe impairment of mental functions. The figure for fruit consumption was 21 percent. Yuang and his team found tomatoes, lettuce, Brussels sprouts, sprouts, bell peppers, honeydew melons and strawberries to be particularly beneficial for maintaining healthy brain functions. According to the study, however, vegetables rich in starch, citrus fruits and cabbage would not have this effect. So if you consume a lot of greens in your middle age, you’ll be making the best possible provision for your brain. Also, according to a study, high fruit juice consumption reduces memory loss by 35 per cent. Above all, fruit juices and especially orange juice have a protective effect even when drunk at an advanced age. The scientists assume that the carotenoids or antioxidants in the juices are good for the aging brain. However, it is not entirely clear whether eating fruit and vegetables alone protects the brain, or whether a healthy lifestyle in general has a positive effect on cognitive performance.

The main thing is: healthy and tasty food with lots of fruit and vegetables and long walks or nice bike tours are also something magnificent! We’ll toast to that right away – naturally with a glass of freshly squeezed orange juice.